James and Lynne (no, a different James!) began in January 2013 with the grand idea that they could take over La Bodega in Taurus Crafts and create a community run store selling affordable local produce. They had about £10 between them, no experience, and a vision. It didn’t take them long to realise that in a retail setting they had massive overheads like rent and enough stock to keep the shop looking full. And these overheads equated to big mark ups on the produce. This was not the dream! So the two of them volunteered for three months, and accrued about £500 in travel expenses, then set to creating something better with their modest little start-up capital.

The online Food Hub began in July, 2013. Lynne has a background in software engineering so they were able to take a working Food Hub model from a group in Stroud (StroudCo), and set it up for us to use in the Forest. They got in touch with the Camp Hill farms and agreed to get their produce onto the Hub. They generously allowed us the use of their packing room for packing day on a Friday. Advice from StroudCo’s experiences suggested that we’d attract more interest if we could supplement the local produce with produce that isn’t currently produced locally, eg flours, grains, dried fruit etc. We used Lynne’s £500 capital to source organic and ethical dry goods that would make the project a viable supermarket alternative. We add a 40% mark up to this produce to be fair to other small businesses in the area, it’s not about putting other folks out of business after all.

As time’s gone by, Lynne and James (the first) have moved on and new people have joined us. We want to keep that process running: new people bring new ideas and that’s really useful. So get in touch if you’re local to the Forest and interested. 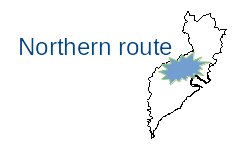